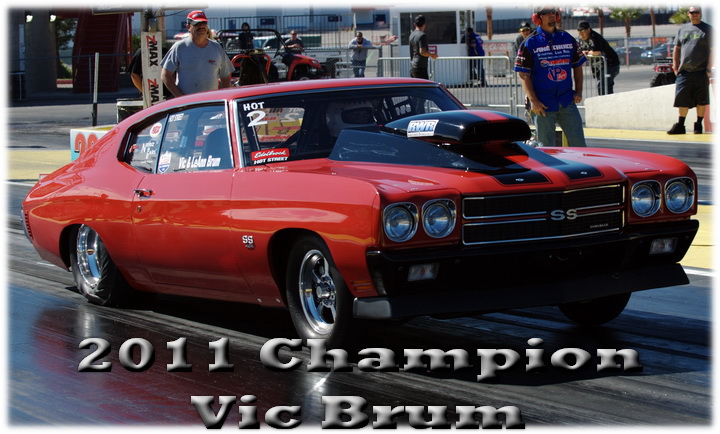 LAS VEGAS — For the tenth-consecutive season, Edelbrock, one of the most respected names in the automotive industry, is the title sponsor for the Pacific Street Car Association’s Hot Street class. The PSCA’s first event of 2012 is the Record Breaker Nationals, Feb. 17-19 at The Strip at Las Vegas Motor Speedway.

“Proven Performance” is the philosophy that began with Vic Edelbrock Sr. in 1938 and it continues today with the same high standards of performance and quality. Vic Sr. would be proud of what has grown out of his small garage in Los Angeles.

In addition to the naming rights of the PSCA’s Hot Street division, Edelbrock will also post up to $125,000 in contingency cash awards. It is the 12th-straight year the company has been a contingency sponsor for the Las Vegas-based drag racing sanction.

“We are excited to continue our sponsorship of this exciting race series,” said Edelbrock’s VP of Sales and Marketing Steve Whipple.”Our partnership with the PSCA has allowed us the opportunity to get in front of racers and fans at a local level. We have also worked closely with PSCA racers over the years to assist us with developing and testing our race products on the track, just like Vic Sr. did back in the 1930s.”

“Edelbrock is synonymous with quality and performance in our sport and to have them come back for a tenth year as the title sponsor for our Hot Street class and 12th year as a marketing partner overall really gives us a lot of pride,” said PSCA President Mel Roth. “We know a company with Edelbrock’s reputation for proven performance doesn’t just lend their name to anyone and we plan to continue to promote their legacy in motorsports.”

Edelbrock has also committed to an eighth year as an associate and contingency sponsor for the Street Car Super Nationals, also hosted by The Strip at Las Vegas Motor Speedway.

For more information on Edelbrock, visit the on the Web at Edelbrock.com, on Twitter at Twitter.com/EdelbrockUSA, and on their official page on Facebook at Facebook.com/EdelbrockPerformance.