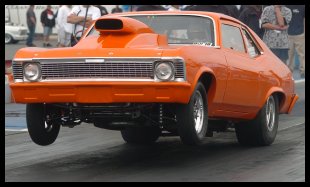 Racing History: I’ve been racing since my high school days in the 80’s starting with BMX racing then my dad built me a ’67 Chevelle that I started street/drag racing. Started getting really serious when the PSCA was formed.

Future plans for car or race team: Try to go faster and have fun.

Biggest Racing Rival(s): Myself & Who ever is in the other lane